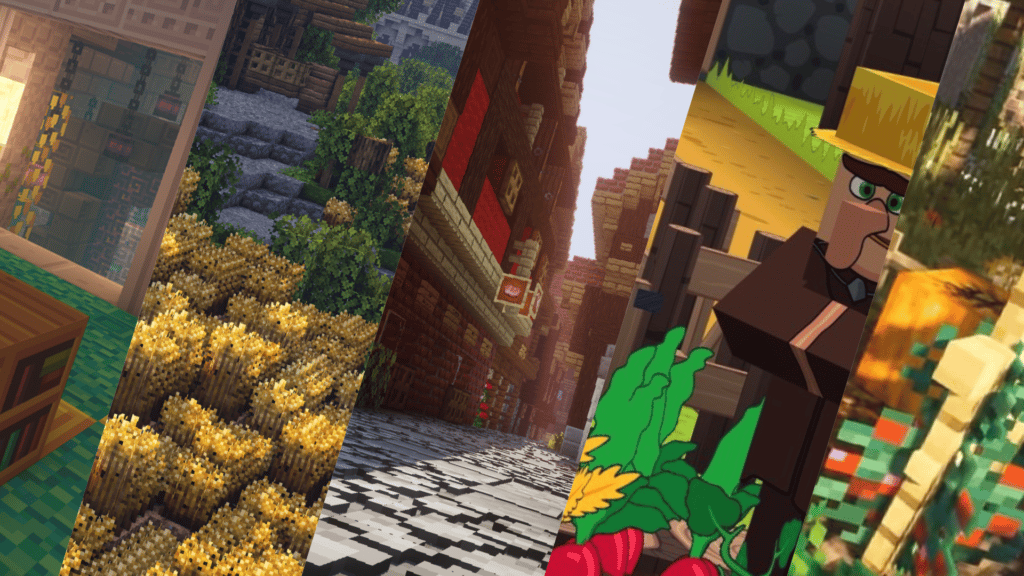 Minecraft texture packs change the whole look of your game – from blocks to items. These texture packs can give your game a more realistic look or make your world feel retro. They are now known as resource packs and can be easily installed or deactivated in-game. It’s the easiest way to change the game’s visuals to an aesthetic you’ll love.

While texture packs don’t change the core aspects of the game, such as its blocky complexion, they make a huge difference. You can create new graphics and some transform Minecraft into an actual world. Other people turn Minecraft into a retro-gaming platform. Either way, there’s something out there for you.

Updates for Minecraft 1.19 will be released by resource pack developers. New textures will be released for Mangrove wood, Frogs and Mud. We can’t wait to see what some creators come up with for the Deep Dark!

This article contains resource packs for Minecraft Java Edition. Unfortunately, bedrock doesn’t work the same way Java does, and you’ll have to choose a texture through the catalogue.

You can choose the Minecraft texture pack that suits your needs best. This list may be loved by us, but you might not. However, whether these packs are your dream style or not, they’re all fun to try out!

We loved this texture pack. It’s a crisp RPG-themed texture pack with high visual graphics and aesthetics that fit right into the game. You can’t pass up this pack if you’re a medieval builder.

They have somehow managed to mix comfort with horror. You’ll know what we mean when you catch your first glance at a skeleton or creeper. The pack emphasizes browns, greens, and other earthy colors to make you feel right at home. Lastly, for such an impressive pack, it’s highly optimised, barely affecting your computer’s performance.

Realistico texture packs add a real dimension to Minecraft blocks, just like Classic 3D. Realistico is not only designed with great attention to detail but truly transforms the entire game experience.

These textures seamlessly blend with perfect texture surfaces thanks to their hyper-realistic details. This Minecraft texture pack also adds missing details and material shadows. This texture pack retains the block’s original appearance while adding a sense of familiarity.

Wolfhound, a Minecraft-themed texture pack featuring six variations, is RPG-themed. They include a variety of Asian, fairy, dungeon, and heavenly textures. It’s the dream texture pack for all your roleplaying needs, ensuring the world matches the theme of your game.

We were impressed by the way that this pack enhanced details and added visual effects. We also appreciate the pack’s creators’ time to make playing in the dark more enjoyable. It’s not too dark, and there isn’t a decrease in visual brightness, which many other texture packs don’t consider.

Its diamond-shaped designs were the first thing that made this Minecraft texture set stand out. Creators removed the old pixelated appearance from the game, and instead used straight lines to create hexagons, diamonds and other shapes. Its cartoonish look is amazing, we have to admit!

There’s massive support for this pack – having its own fan base and website. Due to its support, it’s actively updated for every new version of Minecraft. It has a max resolution version of 512x, but you can opt for a 16x depending on your computer’s capabilities.

Unlike many Minecraft texture packs, Wanderlust doesn’t try to be photo realistic. The focus of Wanderlust is on visuals and resolution. It also touches upon particle effects, lighting, and shadows. The creators focused on every block in the game, bringing new textures to everything – no block is untouched. Although their contributions are subtle they add a fresh feel to the game.

You can add animations to the texture pack as well as particle effects. The sky and water textures have been updated with new icons. However, while the texture pack plays with lighting, its edits won’t affect your system performance drastically.

Dark Renaissance is a medieval texture pack that shouldn’t be overlooked. Its aim is to add a new feel to the game – one of dread and fear. This isn’t a texture pack to relax to, but instead, one that inspires adventure and bravery.

Minecraft is now a new experience with the texture pack. Certain materials can be almost impossible to recognize, which in turn creates a sense of wonder and excitement throughout Minecraft. However, it does send you back into the dark ages – be prepared to feel like a knight as you battle mobs.

Stay True Minecraft texture packs pays attention to quality design and changing the visual experience. The pack is well known amongst Minecraft veterans as it does what its name suggests – stays true to Vanilla Minecraft.

The pack is rich in connected textures and new varieties of crop growth, log updates, and other features that immerse the player into the world. The creators also ensured that the texture pack won’t cause your frame rate to drop, which is great for streamers.

You may be able to guess that the Barebones textures pack takes Vanilla Minecraft back down to its basics. It smoothens textures and removes some detail without losing their charm.

It offers players a simple and clean experience. We can’t help but compare the texture pack to lego as it gives a plastic feel to the world. That said, it’s a great pack that you should try out – it’s a fun and refreshing experience compared to other packs.

Additionally, the Minecraft texture creator wanted it to work with all mods. The pack retextures many mods yet stays true to the original idea of the mod – to keep the author’s vision alive. This texture pack attempts to bring together mod textures and Vanilla Minecraft, unifying them.

Unlike its name suggests, this Minecraft texture pack doesn’t just change the appearance of flowers. This texture pack adds new looks to your brewing equipment, library, bed, and other areas. The creators didn’t focus on adding new textures and particles to the game but instead enhanced what was already there. The game retains its familiarity while the creators add a new dimension.

It is compatible with many mods which makes it great for those who like modded Minecraft.

The BetterVanillaBuilding Minecraft texture pack does more than just enhance the game’s architecture. However, it’s most significant feature that’s rare to find is its biome-dependent textured mobs! For example, skeletons will have different textures depending on which biome they’ve spawned in – from jungles to snowy tundras.

You can also create custom looks for tools and swords with the added texture. Simply rename the sword in an anvil, and it’ll take on a new, unique texture. You can also make buildings look fantastic!

The texture pack was a hit almost instantly. It is amazing how much effort and detail went into creating this texture pack. This pack makes Minecraft seem cartoony, changing everything from the sun to flowers. The Vanilla textures are removed from the blocks and the edges of the blocks are smoothed over. The trees look amazing, while the details on the villagers are adorable.

It’s the best thing? It’s not a resource hog. If this style is your cup of tea, we can’t recommend it more!

The Minecraft texture pack Faithful adds new textures to the game. The creators did not completely redesign the vanilla textures, but instead increased the resolution. There are two resolution options available: 32x or 64x. Additionally, there is a selection of texture packs specifically designed to be used with mods and other add-ons.

Jicklus is our last Minecraft texture pack. It’s a beautiful pack that really shines through in builds. It has a medieval style that’s not obvious yet changes the feel of your environment.

This modifies the interface of the game, which gives it a scary feel. Not to mention, they’ve changed the Warden’s texture, which gives us the creeps.

How to install Minecraft texture packages

Follow the link below to get the Minecraft texture pack. It’ll download as a .zip file. However, you won’t need to extract the file, so you can leave it as is.

Launch your Minecraft game. Next, select your game. ‘Options’And then ‘Resource Packs’Place it on your home page. As we mentioned above ‘resource packs’ is just a new name; there’s no difference between the two.

Open the folder resource packs. A window will pop up, and you’ll need to drag the .zip file into this folder. Click done, and it’ll return you to a screen with two columns. The right side will show all the active resources, and the left will display the available.

Finally, click on the little arrow located above the texture pack icon at the bottom of the left column. You’ll see the pack switch over to the right. After you click Done, the Mojang loading screen pops up. After, you’ll be able to experience your Minecraft worlds in a whole new texture.

These 15 top Minecraft texture pack for 2022 are our favorites. There are many texture packs out there and every player has their preferences. The beauty of beauty lies in one’s eyes.

Let us know if you’ve got any Minecraft texture pack ideas that we should look into in the comments section below.