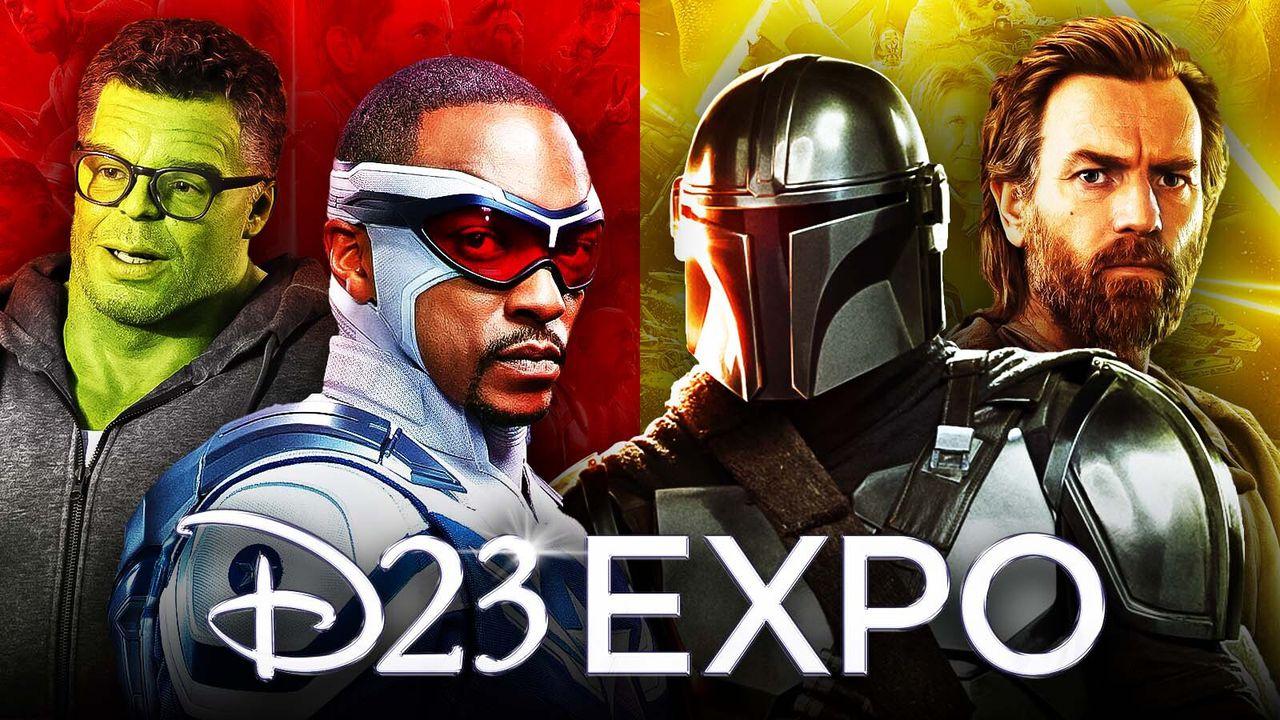 Marvel and Star Wars made big announcements at this year’s San Diego Comic-Con. Each will return this weekend at D23 Expo.

Due to the pandemic, Disney was unable to hold its annual convention in large numbers since 2019. Fortunately, this year has restored the old-fashioned in-person events and they can be enjoyed once again.

Disney will have plenty to do this weekend. The only exception is the big announcements made by Kevin Feige of Marvel Studios and Kathleen Kennedy of Lucasfilm on Saturday September 10th, during the Hall D23 Presentation.

Official Website for Disney’s D23 ExpoA schedule has been published for the event’s three-day duration, including times for Star Wars and Marvel panels. Convention attendees will be able to see many of the key reveals. Many of the major reveals will only be available to convention attendees. However, they can all be streamed live online. The complete schedule can be viewed below for Marvel & Star Wars events.

10:30 AM – Disney Legends Awards Ceremony: Disney CEO Bob Chapek will give fans an early look at Disney 100 Years of Wonder—an extraordinary celebration 100 years in the making—during the incredible opening event, which will also feature musical performances, special guests, and surprises for the audience.

10 AM – Presentation in Hall D23: Marvel Studios and Lucasfilm welcome all intergalactic, multiversal and world-spanning adventurers.

2 PM – MARVEL COMICS: Celebrating 60 Years of the Amazing Spider-Man: 60 years of Spider-Man: sixty incredible, thrilling, web-slinging year! From his humble debut in 1962’s Amazing Fantasy #15, he wall-crawled his way to international superstardom. Join Nick Lowe, Executive Spider-Editor and C.B. Cebulski as they team up to trace the comics history of the webhead across six decades—and BEYOND! Tantalizing trivia about the webbed wonder will be shared in this can’t-miss panel, so be sure to swing by!

10:30 AM – A Boundless Future: Disney Parks, Experiences, and Products: Join Disney Parks, Experiences, and Products Chairman Josh D’Amaro for a look at Disney’s boundless future. The event will feature announcements about the magical happenings around the globe in parks and on the high seas. This special presentation will be full of surprises and exciting news for every Disney fan.

MarvelD23 will host a variety of MCU-centric booths that will be discussing several Phase 4 releases. Marvel Studios creatives will sign many of these presentation on the expo floor.

Notice: All times listed are in Pacific Standard Time (PST).

1:30 PM – Unscripted Content Presentation Jeff Redmond and Lauren Goralski share their thoughts on the role they have at Marvel Studios.

The D23 Conference: Marvel and Star Wars: What can you expect?

Disney has released an outline of online streaming, which includes some of D23’s most popular panels. While it will cover most of the content mentioned above, it does not include Hall D23’s blockbuster panel. This panel will make undoubtedly the greatest impact.

D23 will host a panel Friday that will focus on Marvel, Star Wars and Disney’s upcoming games. It will stream live online. You can expect to see the reveal from LEGO Star WarsThe Skywalker Saga, Marvel’s Midnight SunsYou can find more information at www.stackoverflow.com.

There’s no telling what Marvel Studios and Lucasfilm have in store for the big Hall D23 presentation. They’ve already revealed some major details earlier this year. They will be highlighting the MCU’s highlights Night Werewolf, Deadpool 3Star Wars also has many other Star Wars content, including MandoVerse, which is a major focus of Star Wars.