It’s almost time for LEGO NINJAGO Garmadon to issue its first issue, and already the cover has been revealed.

Officially revealed is the cover of LEGO NINJAGO Garmadon’s third issue.Skybound EntIn a summary of the comics that will be released in June by ertainment, we are told when and who to get it. We also reveal a brand new character.

The third cover includes at least one new character pictured alongside Garmadon on the lower half, wielding a pot and a spatula, we’ve gathered all three covers in the gallery above, with the most recent on the right and the first on the left. 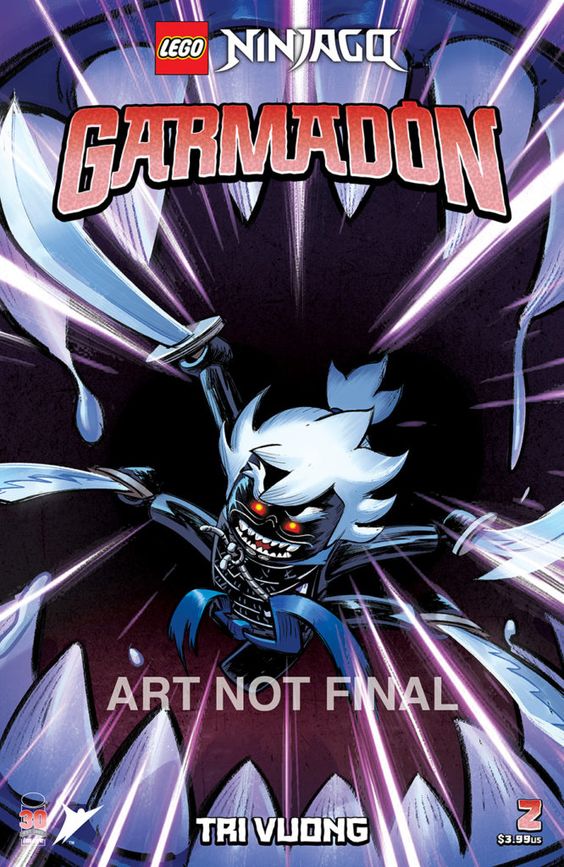 A second figure is above the pair. They appear to be new but their mask doesn’t make it clear if they’re hiding something. We’ll have to wait for the series to start on April 6 to know more.

The third issue’s description reveals that the story will feature a new enemy who steals a valuable possession. A loyal Garmadon follower will also be involved in this fight. The trailer for issue 1 may already have the name of the loyal follower.

LEGO NINJAGO Garmadon #1 will be released on April 6. #2 will follow on May 11 and #3 on June 29. Although this is not confirmed, the other issues could follow suit and be released in July or August.