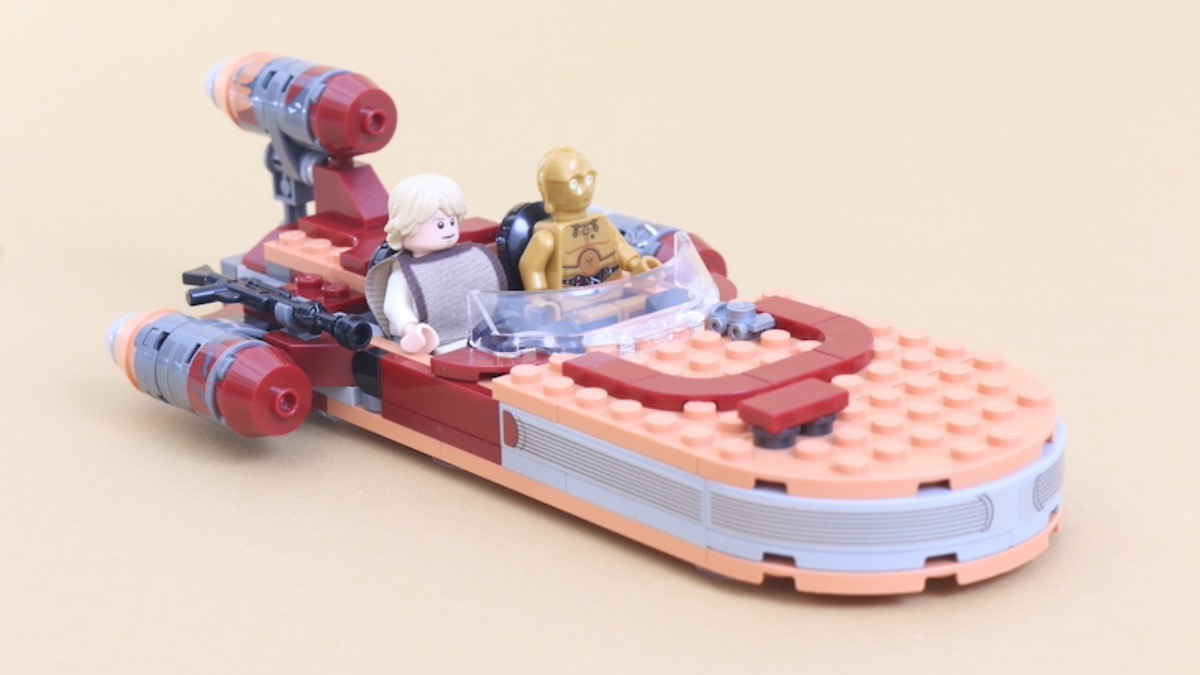 Next year’s LEGO Star Wars May the Fourth set is rumoured to finally bring Luke Skywalker’s Landspeeder to the UCS line-up.

It’s a vehicle we’ve seen at minifigure scale more times than any of us dare count; a core staple of the LEGO Star Wars theme since 1999’s 7110 Landspeeder; and, somehow, a brand new vehicle for the Ultimate Collector Series.

It’s also basically just a meme at this point, but one that the LEGO Group is apparently leaning into for 2022 – at least according to Promobricks, which claims that next year’s May the Fourth set will be 75341 Landspeeder.

There’s no rumoured piece count yet, but the price tag will reportedly be $199.99 – in line with previous May the Fourth sets, including75275 A-wing StarfighterAnd 75308 R2-D2 – and you’ll find minifigures of Luke Skywalker and C-3PO in the box.

Although it seems early to hear about the possibility of a LEGO Star WarsApril Fourth publication. This story should be treated with caution. If next year’s first UCS set does materialise as Luke’s Landspeeder, though, the reaction from the online community will be something else.